Until Tomorrow Comes (Beauty in Lies, #1) 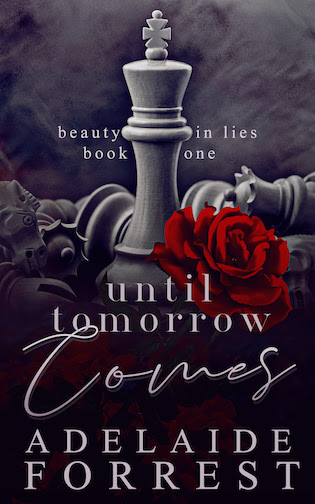 I came for war. I left with an obsession.

With one look, Isa captivated me. She consumed me, drawing me into her world without ever knowing the dangers of mine.
I intend to make her mine, no matter what lies I need to tell to manipulate her into falling in love with El Diablo.

It should be simple enough, but secrets lurk in the depths of her multicolored eyes, and I’ll do anything to understand what broke her before I had the chance.
Because she’s mine to break.

Rafael Ibarra tore through my life like a raging inferno.
Consuming every part of me he touches, he promises to show me passion and the real Ibiza. Though our tryst can never be anything but temporary, I never want to leave the man who makes me wish things were different. But there’s a nightmare hiding within his multicolored gaze, a phantom rattling at the cages who wants to devour me, to take me and claim me as his.
He’s temptation, pushing me toward sin with his wicked touch. But the sins of the flesh are different from the sins of the mind, and as much as I hate his secrets…
I will never tell him my own.

Until Tomorrow Comes is the first book in the Beauty in Lies series and ends on a cliffhanger. This is a DARK mafia romance and contains graphic violence, mature content, and elements that may be triggering. Please read at your own discretion and see the specific content warnings at the front.

He quirked a brow, that intense gaze of his turning unsettling as he stared down at me. “No,” he said, his lip twisting with the words. My pulse quickened, sensing that small hint of something that lurked beneath the surface. With a glance at the man standing next to the walkway up to and around the falls, I looked back to Rafael with a flare of my nostrils and purse of my lips.

I huffed in disbelief as I shook my head and fought back the surge of emotions within me. I’d been so fucking stupid to think he understood that my fear came from a place of trauma. From something not so easily overcome. Leaning into his space, I laid down the challenge I knew probably wasn’t my smartest move.

But something in the cruel set of his eyes made me want to defy him. 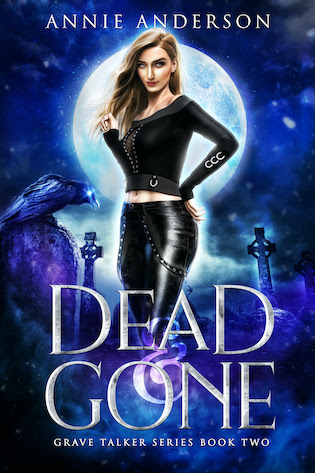 There are few things worse than being on the Arcane Bureau of Investigation’s naughty list.

To keep myself out of hot water, I’ve made a deal with the devil—using my skills as a grave talker to help the ABI solve some very cold cases.

But there is something mighty amiss in this task—especially when quite a few of these cases lead me right back to my home town of Haunted Peak and the secrets buried there.

“Out less than a minute and already talking to spirits and punching ghosts. Way to go, Adler.”

That smooth voice did not belong to my best friend, J. Oh, no. I wasn’t that lucky. The big hunk of man-meat Siobhan had been talking about was not my partner, but the death mage ABI agent who’d simultaneously saved my bacon and torched it.

I swung my head to face Bishop La Roux, straightening my shoulders like I was going to have to punch him, too. 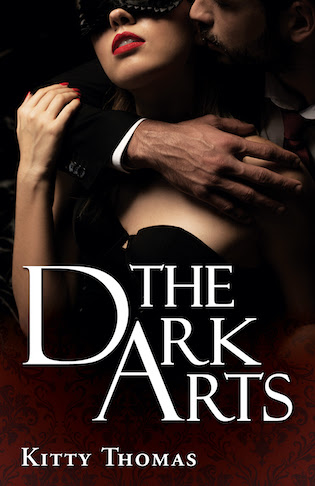 When starving artist Saskia Roth meets Lachlan Niche, a local art collector and tech tycoon, she has no idea how her life is about to change. One act of desperation, one con gone wrong, and she finds herself at the mercy of a powerful man she fears and despises–or so she thinks.

As her desire for him grows, life as his captive becomes something more… something that could both transform her and destroy her.

Claire was held captive for 43 days by a man who did unspeakable things to her.

Three years after her escape, she gets her revenge. The only problem is, she’s got the wrong man.

God help her if he escapes.

(Includes Saskia and Lachlan’s complete HEA from The Con Artist)

Four months, three weeks, and two glorious days had passed since Saskia had run off with twelve million dollars of Lachlan’s money while Joseph Quill’s nude remained unmolested at the Raine Estate. Even with sunglasses, she had to shield her eyes against the blazing sun at Venice’s Piazza San Marco, or as the locals called it, la Piazza.

She never tired of coming here. On first arriving, she’d bought up every tourist-y book she could get her hands on and learned everything she could. The Piazza San Marco had supposedly once been called the drawing room of Europe by Napoleon. Whether he’d truly said it or not could never be proven, but it felt true nonetheless. This place kept drawing her back to it.

Decide to Live (Finding the Strength, #3) 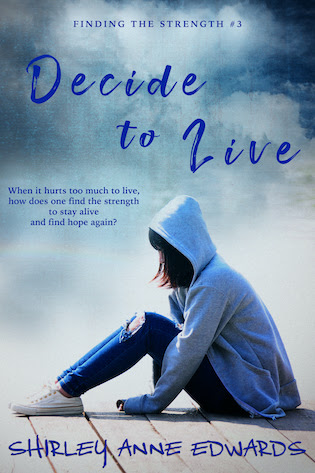 When it hurts too much to live, how does one find the strength to stay alive and find hope again?

Reiko Nakano has a charmed life. Not only does the twenty-three-old come from a life of luxury because of her celebrity parents and supermodel sister, she’s best friends with the biggest brother and sister pop duo in the world- Gio and Gem Grove.

But what the public assumes is wrong different because of what Reiko suffers in private. She feels she’s an outcast in her own family because of her ptosis and her social anxiety.

She then makes the biggest mistake of her life and tries to turn her lifelong crush on Gio into something more. His cruel rejection after she lets him take her virginity leaves her heartbroken.

Reiko hides in the least likely of places- the small town of Albee, Pennsylvania. There she enjoys her anonymity and enrolls in summer classes at Maison University. She hopes she can fit in as a student, but life continues to play tricks on her when she’s hit in the face by a football from one of the most popular boys on campus, Will Forest. But this accidental but memorial meeting will help heal her fragile emotions because Will shows her how special she is to those she meets, including him.

She isn’t sure what to make of Will. He’s too nice and sweet, and treats her like gold. She accepts his attempts at romance even though it’s only temporary. But as the summer flies by, she doesn’t want to give Will up, who doesn’t know the truth about her “vacation”. And when Gio arrives in town, and threatens to out Reiko, she has some hard choices to make. Does she come clean to Will so she can decide to finally live on her own terms and embrace the amazing woman Will thinks her to be?

It had been a long time since I’d felt like I belonged somewhere or with someone. I had found that at Maison. I felt the same with Dad when he let me tag along to one of his classes or read chapters of a new book he was in the middle of writing. He was the only one I wanted to call to tell him about my summer plans. Aya would be happy for me, but she didn’t share our love for books and learning, not that my older sister was uneducated by any means. She had different pursuits and hobbies, like Mom. She had a bond with Mom, whereas mine was with Dad.

A small black dog ran by me, chased by a woman. The sight made me snicker. I checked around to see if there were any other dogs, an odd thing to see at a college. The only interesting interaction was a few guys playing football a few feet away. I wanted to soak in the atmosphere a little longer. Then I would call Dad and tell him my news. Trying to figure out the time difference in Paris, I walked forward, realizing too late I was in the path of the football game. Someone shouted— “Look out!” As I turned, a football hit the side of my neck, near my shoulder. I fell and landed on the ground.

The Wise One (The Scottish Scrolls, #1) 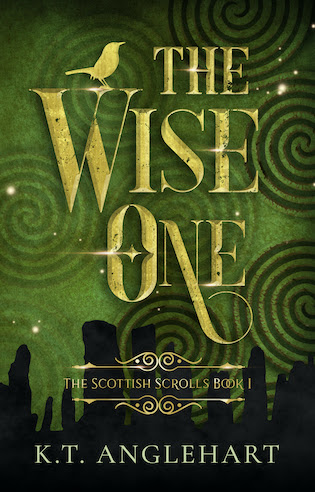 Mckenna’s never thought much of her nightmares, but on her seventeenth birthday, a vivid dream of burning at the stake awakens her dormant abilities, thrusting her into a world where faeries are real, spirits hold a grudge, and a High Priestess obsessed with a 16th-century prophecy is tracking her every move.

Now, her overprotective dads, Seán and Andre, are forced to tell her the truth—they know who her birth mother is, and her life is not the surrogate story she’s always been told. Abigail, Mckenna’s mom, is some sort of mystic, and Mckenna a Wise One.

Whatever the hell that means.

With the help of a persistent little wren and company of a newfound friend, Mckenna journeys to Ireland in search of her mother and real answers. Along the way, she learns to harness her innate magic and trust her intuition, as best she can anyway—Cillian, a kind and passionate delegate who crosses her path, is proving much harder to read.

Only her mother could truly help her halt her ill fate and prepare her for what’s to come . . . before she gives in to the darkness she knows is buried deep within.

Bruised and battered, the young woman was dragged through the screaming, unruly mob. Her wrists were bound behind her by a rope as thick as the noose she now faced.

She halted in front of the noose, unperturbed, for she knew her death would end swiftly. The man who held the end of her rope looked from her calm expression to the noose, and let out a shrill laugh.