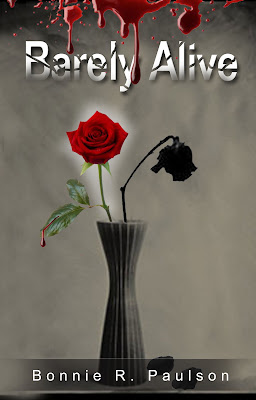 In twelve weeks, seventeen-year-old Paul Ledger will be dead. At least he hopes so.

Paul is trapped in the worst cult the United States has ever seen. Infected with a zombie virus, symptoms culminate in a dead body but thriving mind over a course of twelve weeks. If he doesn’t earn the final death he longs for, he’ll be chained in a basement facility, moaning for human flesh for eternity.

Sent out to kidnap girls for food, toys, or whatever the boss wants, Paul nabs Heather McCain. He’s not a fan of humans as a general rule, but even his graying skin and insatiable hunger for her flesh don’t stop her from reaching out to him. Give him the second chance he doesn’t know he needs.

Overcome by his cravings, Paul bites her delectable skin. Amazingly, she doesn’t develop the zombie-like side effects. When the boss discovers Heather’s immunity, he gives Paul an ultimatum – deliver up Heather and her family to continue the research or watch as Paul’s brother suffers the zombie fate.

Paul has a chance to endure his short zombie existence knowing his brother is safe. But he’ll have to sacrifice Heather to do it.

Despite my crippling fear of zombies, I’ve read my fair share of post-apocalyptic books where zombies play a distinct role; apparently I’m sadistic like that. But I have to say Barely Alive is the first zombie book I’ve read where the zombies are necessarily the bad guys, or rather three of them aren’t. I really enjoyed this book, it was different and almost logical to a point that scares the crap out of me.

I can totally see a “zombie-like” virus being formed out of our need to cure disease or in the name of scientific exploration, which is one of the reasons zombie stuff, scares me so much. That and I have an overactive imagination, but I digress. Paul, the main character has been injected with the virus and is slowly dying even while his mind and sense grow.

Dominic, the guy behind the virus or the guy I like to call the donkey, yes that’s one of my favorite Christmas songs, is creating this crazy army of zombie people. At first Paul seems to sort of be his right hand guy, but all that changes when he meets Heather. Well, he kind of kidnaps Heather and a few other girls. She’s the only one who survives though.

I don’t want to give too much of the story away because this is really different from the normal zombie book and I enjoyed it so much that I want everyone else to read it too! There’s a lot of action, a bit of people eating, a ton of snark and sarcasm, my personal favorite, and a bit of romance sprinkled in to top it all off.

Bonnie Paulson does an amazing job with showing us what is going on physically and mentally inside the zombie people and her plotline is great. It’s rare that I find a plot that doesn’t have holes in it, but Paulson is flawless in this first book. She’s got a little bit of everything to make a compelling story and when you throw in someone immune to the virus, two scientists trying to find a cure, and Paul trying not to eat he girl he’s fallen for, you’ve got a recipe for success.

I would absolutely recommend this book! Now on to read the book two because I need to know what happens with Paul, James and Heather! 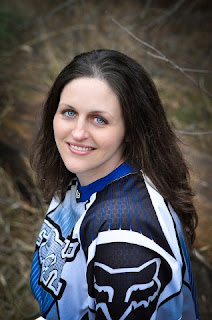