Book Blast: Beauty Touched the Beast (Beauty #1) and Beneath the Beauty (Beauty #2) 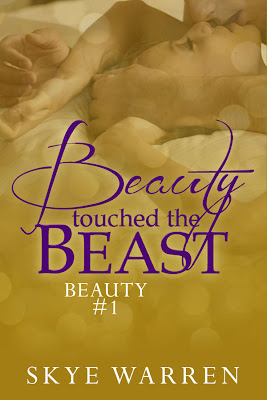 Erin cleans Mr. Morris’s house twice a week, soaking up every moment with the reclusive ex-soldier she secretly loves. Blake Morris knows he’s scarred both inside and out and is no good for the beautiful young woman who cleans his house to pay for college. But when Erin walks in on Blake touching himself and moaning her name, all bets are off. 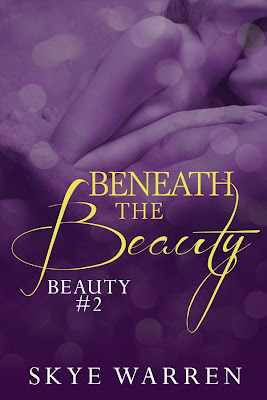 When Blake receives an offer to return to his alma mater as associate professor, he knows this is his chance to reenter the world—and to be worthy of the woman he loves. Erin wants this chance for him to heal… even if it means leaving her behind.


She let herself in using her key and called out, “Mr. Morris! It’s Erin.”

Call me Blake, he always asked, but for some reason she resisted. She wasn’t usually a stickler for propriety, but with him it seemed like a good idea. Maybe his military roots made the formality more correct to her. Or more likely, it was the domesticity of cleaning his home while he loitered near her.

It would be so easy to slip, to let him see how she felt about him. Then she’d feel like an idiot—a dumb, little girl panting after a man old enough to be her father.

She pulled a book from her bag and went upstairs in search of her boss to return it to him. She could probably put it in his bookcase, always neat and organized so she’d know right where it belonged. In fact, his whole house sparkled from the knotted floorboards to the arched ceilings.

It was partly because he was so fastidious, but also because she did a full deep clean twice a week. It was one of the odd habits that made her reclusive employer so strange, and also endearing.

She could replace the book, but she wanted an excuse to talk to him. They’d had a lively debate on the merits of the U.N. in her political science class yesterday and she knew he’d appreciate it.

She poked her head in his bedroom and found him there. Her breath caught in her throat as she took in the sight. He lay spread out on the bed, his skin still damp from a bath, a towel in disarray around his waist.

She ought to leave. This was clearly a private moment and she the intruder. She really should turn around, walk away and absolutely, positively not watch. Instead she stood there, her eyes riveted to his exposed cock standing up thick from his fisted hand.

Her lips parted in surprise, as if she could obey him from across the room. Her clit throbbed to hear his rasping voice say those dirty words, to watch his fist fuck his cock.

“Yes. Yesss. So beautiful. God.” His other hand reached to cup his balls. “That’s right, baby. Lick them. Suck them.”

Her wide-eyed gaze flew to his face, mesmerized by the interplay of shiny, scar tissue and ruddy, healthy skin twisted in a grimace of pleasure. His burns and coarse features might make him repulsive to some, but when she looked at him she saw only Blake, with his brilliant ideas and gruff kindness.

“Touch yourself. Yeah, yeah. Take me deep in your mouth and stick your fingers in your cunt.”

Her thighs squeezed together where she stood, giving herself whatever relief she could. If she moved, either her legs or her hands, she’d have to acknowledge that what she was doing, that being a voyeur was wrong, so she stayed still instead.

Then, shockingly, he moaned her name, “Erin…”

Skye Warren writes unapologetic erotica, where pain and sex and love collide. Her books have and has reached the bestseller lists at Amazon and been a Night Owl Reviews Top Pick.