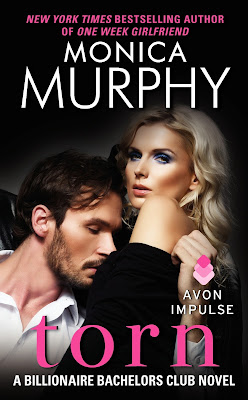 Marina Knight came to this party for one thing only: to slap Gage Emerson in the face. Poised to snatch up her family's real estate empire, the sexy tycoon is on the verge of making an enemy for life—even if he can make her melt with a single kiss …

When Gage discovers that the alluring woman before him is the key to his latest acquisition, claiming her as his suddenly doesn't seem quite so cut-and-dried. To get what he wants, he must get to know the fierce woman willing to face him down—as she steadily steals his heart.

Gage's persistence and intense passion war with Marina's determination to protect her family. As they delve deeper into an affair they didn't see coming, Marina's torn: Will she lose her heart to Gage—or everything she holds dear? 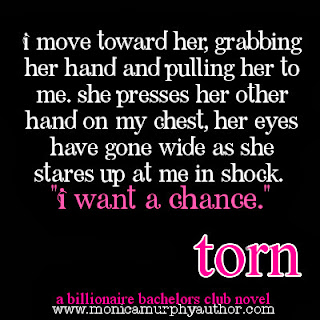 He smiles, the sight of it sending a flurry of butterflies fluttering in my stomach, and I stand up straighter. Determined not to act like a silly, simpering female.

I want to though. Just looking at him, listening to him talk, sets me on edge. In a deliciously scary way.

For whatever strange reason, I’m fairly positive Gage Emerson has set his sights on me. And I think I kind of like it.

His smile grows. God, he’s pretty. “Go out with me. Come on, Marina. It’ll just be a simple dinner, and in return you can have thirty minutes of Archer’s time, or however long you need, to tell him all about this mysterious proposition.”

“And what do you get out of this arrangement?” I ask warily.

“Why, the pleasure of your company of course,” he says smoothly. Effortlessly.

Men who speak too effortlessly tend to scare the crap out of me. Usually means they’re hiding something. My one long-term boyfriend in college was like this. Very charming . . . and eventually, he became toxic to my mental state. He was a liar and a manipulator. I don’t need another one like that in my life.

So what is it about this guy that I’m drawn to? Because I am. I can’t deny it.

I study Gage for a long moment, letting the anticipation roll through my veins. Saying yes would be tremendously easy. So would saying no. In fact, refusing him would be even easier. Then I’d never have to worry about Archer Bancroft or the good idea I want to bring to him. I wouldn’t have to put on a phony show for Gage while going out on this date with him. Being something that I’m not; I do that constantly.

“Take a chance,” Gage murmurs, his decadent tone reaching right into me, shaking me up. “Say yes, Marina. You know you want to.” “Hmm. Funny thing is I don’t want to.” I try to sound irritated and instead it comes out breathless. What is wrong with me?

His expression goes from confident to crestfallen, like I flipped a switch. “You hate me that much?”

“Hate is a pretty strong word, so let’s just say I’m not your biggest fan.”

I slowly shake my head, disappointment filling me, and I push it aside. I’m doing the right thing. I need to remember that.

“You’ll probably try to pull some funny business, and I’m a little behind on my self-defense classes.”

“Funny business?” His lips twitch, despite his sadness just a second ago over my rejection. “You sound like your aunt.”

“You’re right. I do,” I agree. “Going out to dinner with you would be a mistake, Gage. We both know this.”

“We do?” He sounds surprised.

“I do. And I can’t afford to make any more mistakes in my life. I’d rather date no one than fall for some gorgeous guy who’s out to manipulate me. Right?” I offer him a tentative smile, but he doesn’t return it. I can’t blame him. I just called him a mistake. We’ve insulted each other, lobbing them back and forth like a tennis ball for the last ten or fifteen minutes. Imagine an entire evening just the two of us? Tearing each other apart with our words. Maybe tearing off each other’s clothes with anxious, eager hands . . .

New York Times and USA Today bestselling author Monica Murphy is a native Californian who lives in the foothills below Yosemite. A wife and mother of three, she writes New Adult and contemporary romance for Bantam and Avon. She is the author of One Week Girlfriend and Second Chance Boyfriend.