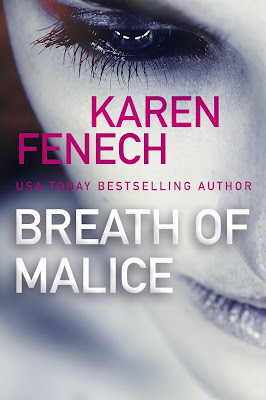 FBI special agent Paige Carson hoped she’d be able to start a new life in small-town South Carolina. But when a senator’s sister is murdered and a blank postcard is left next to the body, Paige realizes that a killer from her past has found her—and is sending her a very personal message.

From the moment he hired her, FBI special agent in charge Sam McKade knew Paige was hiding something. Prompted by this recent threat, she finally opens up: one year ago, she caught the eye of suspected serial killer Todd Thames. Now he’s come back to pull her into his game, whether she wants to play or not.

As the danger increases, Paige and Sam give in to their growing attraction, and he vows to protect her no matter the cost. But the murderer will stop at nothing to get to his intended prey, and the strong arm of the law—and the shelter of her new love—may not be enough to save her.


When they were alone again, Sam looked to Paige. The few lines around his eyes and mouth pulled tighter. “I saw you leave last night.” Paige’s insides tightened. “I told you I was leaving.”

“You’re wary. Jumpy.” Sam eyed her. “Something is going on with you. Tell me what that is.”

Paige’s breath caught. She had to work to take another breath. “There’s nothing going on with me.”

His voice even, he asked, “Why did you take a cab home last night instead of going with the squad?”

Sam didn’t break eye contact. Paige believed she was getting a glimpse of what he was like in an interrogation, how skilled he was, how powerful.

Despite the chill in the diner, Paige was sweating. “Harry mentioned going out for wings and beer. I needed to go back to the office to get the car, and”—she shrugged, affecting indifference—“more than that, I didn’t want to cramp their style if they were looking to hook up at a bar.”

Sam leaned across the table toward her. His eyes showed frustration, but along with it Paige saw tenderness. “You can trust me.”

That tenderness was almost her undoing. She needed to give him something to throw him off the scent, but just now she felt the full weight of her situation and couldn’t come up with words that would deter him.

He wanted her to trust him. She was so tired of not being able to trust anyone. He couldn’t possibly know how much she wished she could trust him. Her throat grew so tight it burned. She forced out her next words. “I’ve learned that I can’t trust anyone.”

Karen's novels and short suspense fiction have received critical acclaim. Her novels have been translated into several languages and have been released in audio format. When Karen's not writing or spending time with her family, she loves to shop, watch movies, and just kick back in a comfortable chair and read.