Book Blitz: Shadow in the Sea 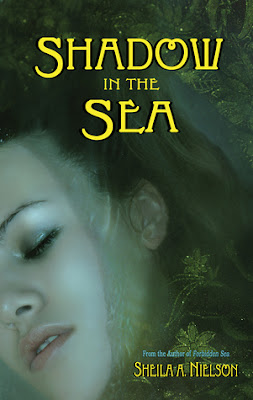 When sixteen-year-old Sadelyn Hanson washes up on the shores of Windwaithe Island, her beauty and the strange marks on her wrist make superstitious locals suspect she is a mermaid.

Feigning amnesia, Sade hides a far worse secret: she was sailing to her own murder trial when she was thrown overboard by the real killer, the cunning and cruel Captain Westwood.

Sade’s quiet effort to rebuild her life on the island is threatened when she meets an actual young merman. Unable to speak his language, Sade still longs for the warm companionship he offers, despite the locals’ dire legends about merfolk and their dark magic.

But her confused feelings for the impossible boy become the least of her problems when Captain Westwood’s ship docks at Windwaithe. With nowhere to escape, Sade must trust in the one person who doesn’t fear the merfolk. A woman who had dealings with them herself—years ago.


“What do you mean?” I demanded. My heart beat heavily against the back of my ribs. Had he heard about my impending trial from his father?

I was so relieved by his ridiculous answer I laughed out loud. It was a tight unnatural sound, nothing like the way I used to laugh.

James lifted his chin to a lofty angle, clearly offended by my amusement at his expense. “There are such things as mermaids you know—especially around Windwaithe Island. I should know because a member of my family was once stolen away by one.”

Stolen away? I wrinkled my nose and narrowed my eyes at him in disbelief.

James’s eyes were a brilliant blue as he hurried on with what was obviously one of his favorite stories. “Lady Lauretta was my great, great—well she was a great, great something or other of mine—she was put under a spell by her.”

“Who?” I asked, suddenly overcome by curiosity.

A hush came over James’s voice as he spoke the words. “The Windwaithe Mermaid.”

My breath caught somewhere in my chest. When I didn’t speak, he continued. “They say the mermaid was beautiful beyond words, with dark green skin and a voice filled with terrible magic. She sang Lady Lauretta right out of her bed in the middle of the night, laying a powerful trance upon her. Lauretta’s father tried to stop the mermaid from taking her, but the creature used her powers to curse the island and call up a terrible storm—”

Noticing my face for the first time, James broke off in the middle of his story. “Are you all right, Miss Sade? You look ill.”

I did indeed feel sick.

I’ve never seen anything like her before? She’s exquisite. Like some elfin creature out of a fairy story… You heard the men who found her. She was just lying there in the surf—washed up out of the sea with nary a sign of a boat, like something out of the old tales.

Estelle spoke those words of me the first night I awakened in the Rousay cottage. I had not understood then—I did now. This was the curse Captain Westwood spoke of. A powerful curse straight out of the darkest depths of the sea itself. And they thought I had something to do with it.

I squeezed my hands tight into fists. “I’m not a mermaid.”

“If you don’t remember where you came from, how do you know?” James asked. “You might be the Windwaithe mermaid’s daughter or something.”

James’s blue eyes took in all of me with a glance. He smiled shyly. “You’re pretty enough to be one. I’ve never met anyone with hair like yours—long, with all those braids woven in.”

I immediately regretted not heeding Estelle’s warnings about wearing my hair down in public. “If I were a mermaid, would I have two perfectly good legs?” I lifted my skirt just enough to reveal the tops of my two booted feet.

James grinned, gracefully giving way in his defeat. “All right, so maybe you’re not a mermaid.” 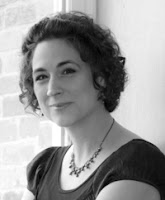 Sheila never did figure out what she wanted to be when she grew up.

She graduated from college with a BFA in illustration, has worked as a children's librarian for over eighteen years, and would eventually like to be a full-time author.

Why pick one career when you can have many? Sheila lives with her two pets, a goffin cockatoo and a tiny toy poodle. She was born and raised in California but has come to also love her adopted home in Utah where she currently resides.