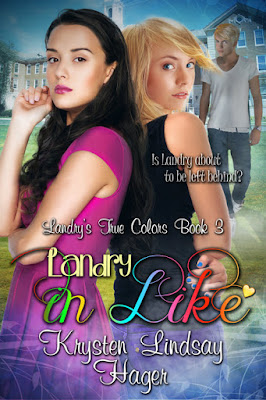 Things seem to be going well in Landry Albright’s world—she’s getting invited to be on local talk shows to talk about her modeling career, her best friends have her back, and her boyfriend Vladi has becoming someone she can truly count on…and then everything changes.

Suddenly it seems like most of the girls in school are into hanging out at a new teen dance club, while Landry just wants to spend her weekends playing video games and baking cupcakes at sleepovers.

Then, Yasmin McCarty, the most popular girl in school, starts to come between Landry’s friendship with Ashanti. Things take a turn when Yasmin tells Vladi that Landry is interested in another boy. Can Landry get her relationships with Ashanti and Vladi back or will she be left out and left behind?


I gave up on my hair and went to get dressed. I tugged on my khaki pants and navy sweater, which made up my glorious Hillcrest Academy uniform, (it was just my luck my school picked colors which made me look like a dead goldfish), grabbed my bag, and went to join the rest of my class lined up to go to the cafeteria. I was almost fourteen and yet had to walk to the lunchroom in a straight line like Madeline from the storybook. Stupid Hillcrest.

Lunch was my favorite part of the day. For one, it meant the school day was half over. I went through the lunch line and grabbed a ham sandwich, some chips, and a bottle of water and went to join my two best friends, Ericka Maines and Tori Robins. The lunchroom was always extra noisy on Fridays because everybody was talking about their plans for the weekend.

Sometimes Ericka, Tori, and I went to a movie, but we didn’t do much else. Tori and I liked to go shopping, but Ericka’s parents thought hanging out at the mall would “morally corrupt” Ericka, blah, blah, blah. And they about had a stroke when she wanted to get a social media page. So I was surprised when Ericka said we should all go to the mall tomorrow.

“Landry, they’re having modeling tryouts to be on the American Ingénue show,” Ericka said, showing me the ad she had torn out of the Grand Rapids Press. “The Ingénue judges are trying to find local teens to compete on their reality show.”

I watched every second of the last show. Talisa Milan won and got a Little Rose cosmetics contract and was on this month’s cover of Bright and Lively magazine. She was also a host on Hot Videos Now, a music video show. Melani Parkington, the runner-up, was the new spokesperson for Bouncy Hair conditioner. You were almost guaranteed to be famous if you made it to the final round of the contest.

“First you have to win in your city, and then your state, and then the regional competition,” Tori read. “Then you get to the tough part of the competition where they vote off someone new each week on national TV.”

“It’s an amazing opportunity to get discovered,” Ericka said, checking out her reflection in her spoon.

“Yeah, except for the fact the judges are known to be brutal when they’re honest. Like when they told Melani her gorgeous face was too pinched, her forehead was too low, and her eyebrows were too high,” I said. “They also told one girl she was pretty, but her lips looked like she had walked into a sliding glass door.”

“Well, they did,” Ericka said shrugging. “The newspaper says the first fifty girls who try out got a free American Ingénue tote bag and Little Rose makeup samples.”

They were holding auditions at the Perry Mall, which was the smallest mall in Grand Rapids. There weren’t a lot of stores there, so you usually just saw old people mall walking around there. Still, it had a decent bookstore and a cute clothing store, so I said I’d go watch while they tried out.

“No, we’re all trying out,” Ericka said, grabbing the ad back from me. She said her mother thought she’d be a “natural” for the show since she always got the lead in the school plays. However, Ericka was usually the only one who tried out for the lead. Everyone else felt too stupid singing on stage in front of the whole school. Besides, you had to stay after school to rehearse, and I liked to go home and watch my favorite soap opera, As the Days Roll On. 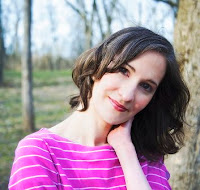 Krysten Lindsay Hager is the author of the Landry’s True Colors Series, a clean reads young adult series and the new Star Series. Krysten writes about friendship, self-esteem, fitting in, middle school and high school, frenemies, modeling, crushes, values, and self-image in True Colors, Best Friends…Forever? And Landry in Like, as well as in, Next Door to a Star (Star Series). Her sequel to Next Door to a Star will be out March 22 2016.

Krysten is a book addict who has never met a bookstore she didn’t like. She’s worked as a journalist and writes YA, MG, humor essays, and adult fiction. She is originally from Michigan and has lived in Portugal, South Dakota, and currently resides in southwestern Ohio where you can find her reading and writing when she’s not catching up on her favorite shows. She received her master’s degree from the University of Michigan-Flint.