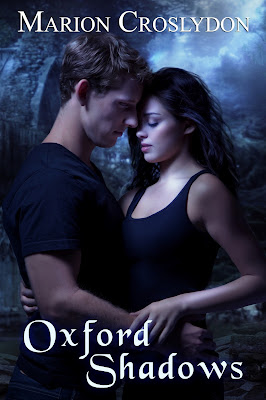 When death is a new beginning and love an old curse.

Still recovering from her last tango with the afterlife, Louisiana-born Madison LeBon struggles not only with her life as an Oxford postgrad but also with her budding love for Rupert Vance, aristocrat extraordinaire. One thing is certain, though: she won’t run away from her powers anymore. From now on she’ll face the music …

When a sixteenth-century ghost makes an appearance during a classical concert Madison attends and threatens her boyfriend’s family, she sets out to explore the dark mysteries of the Tudors, even if that means confronting their most royal and homicidal character.

Her plans take an unexpected turn when her voodoo heritage catches up with her. With horror, she understands what her fate was always meant to be.

The question now is: Can Rupert be part of it?

Madison and I are not friends anymore! I cannot believe her!

Okay, before we get into my love hate relationship with Madison, let me tell you how awesome Oxford Shadows was. I definitely enjoyed it more than Oxford Whispers, which was really good. Croslydon does an amazing job of diving into Madison’s abilities in this book. We meet several new characters that really rounded out what Madison’s life is like and what her abilities are all about.

I felt pretty bad for Ollie who is still mourning the death of their friend even though she tried to off Madison in the last book while she was possessed. I, of course, as always love Rupert. I teeter between wanting to swoon at his feet and slapping him upside the head for wanting to shelter Madison instead of making her his partner and handling things together, but that’s just typical male behavior.

They have a need to protect and I suppose that’s not a bad thing. In Rupert’s case it’s sweet and charming and sexy…Can you tell I’m super-duper in love with Rupert? Because I am.

Anyway I digress. So the story seriously heats up when Madison’s Aunt comes to town with a whole bunch of baggage, it’s crazy, but also incredibly interesting. We learn so much about where Madison comes from and where she really shouldn’t go with her life and gifts.

In the middle of all this new information we have another ghost, but not just any ghost, Henry VIII. Yes I know what you’re thinking…TUDORS! I’m absolutely giggling like a girl right now and I don’t know why. Anywho, so we get to see that someone in the story is actually Henry in this life even though he doesn’t realize it.

We also get this whole story involving Henry VIII and his history. There are flashbacks from Madison’s point of view and it’s just awesome. Oxford Shadows is very fast paced and as a sequel I have to say that it far surpassed the first book.

One thing that I am peeved about though is the end, which don’t worry I won’t give away, but in my opinion the end of this book made Madison a total hypocrite. Guys read the book, that way I can bitch and moan about the ending without spoiling it! All I can say is Croslydon has me salivating for a third book and I need it like immediately. 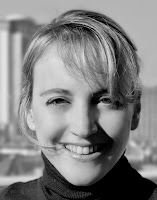 I am a true citizen of the world. I was born in West Africa, grew up in the South of France, and studied in Vienna, Paris, Berlin, Cape Town, and Oxford before finally settling down in London. This wide variety of cities has provided lots of inspiration for my writing. Talk about culture exposure!

In addition to being an author, I work as an entrepreneur, wife and mother-of-one but spend a good deal of time with books, DVDs and listening to my mp3 player; all for the sake of inspiration, of course. My debut series, The Oxford Trilogy, has been a blast to write because I can indulge in my favorite types of music: Country and English rock.

My main goal as a writer is to make readers dream bigger and cause their hearts to beat a little faster. Since my writing is all about sharing dreams and stories, I love connecting with fellow readers and authors.